When it comes to the #leads you're working with, it's crucial for your business to identify what worked and what di… https://t.co/Lra5dGpGrE
Home | Our Blog | 3 Methods to Maximize Conversion Rates for Mortgage Leads 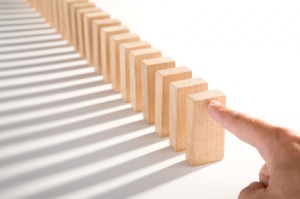 The elusive  mortgage lead. A huge amount of effort goes in to obtaining them -whether they are purchased or generated in house . Unfortunately, all that hard work goes to waste if the next few steps in the sales process are not handled with the same care and attention.

In the world of sales, there are no guarantees, but by utilizing the following methods, mortgage lead enquiries are more likely to convert.

Cherry picking which mortgage leads to contact and which ones to leave alone will undoubtedly result in missed opportunities. While some people will warn against wasting time chasing dead end leads, it could also be argued that any lead left to go cold is a waste of the time and resources it took to generate it. The truth is that good looking mortgage leads can turn out to be dead ends and leads that don’t appear to be particularly high quality could convert quickly. The point is, nobody knows for sure unless they try to follow up the lead.

A mortgage lead request comes in hot. Then over time, they cool off because the person enquiring about the mortgage becomes less and less interested in talking to somebody about it. At the time the lead is generated, the prospect is at the point where they want to take some kind of action. This feeling fades quickly so it’s important that each lead is followed up immediately. Studies show that leads are 100% more likely to be reached within the first 5 minutes of generation compared to those that are contacted 30 minutes later. That’s a huge difference in the space of 25 minutes, and as everyone knows, it’s impossible to close a deal if the prospect can’t be contacted.

This sounds so obvious that it’s not worth listing. However, the amount of times that people leave a lead to go cold because it is generated “out of hours” is astonishing. Firstly, prospects are more likely to be able to talk when they’re not at work. In the majority of cases this will mean contacting them when the average working day is done (any time between 8 and 11pm has been shown to produce optimal results). Furthermore, studies have shown that prospects who are contacted on a Saturday are more likely to convert than those who are contacted through the week. The final nail in the coffin is that the amount of people who actually contact prospects over the weekend is severely reduced. This means that the competition is reduced by a huge percentage. If your competitors are waiting until Monday morning and you call on a Saturday afternoon, you automatically have the advantage.

"When it comes to the #leads you're working with, it's crucial for your business to identify what worked and what di… https://t.co/Lra5dGpGrE"