@Entrepreneur offers these tips for #marketing during a crisis. Check out this guide for tips.… https://t.co/knfjAXcPyB
Home | Our Blog | Is Solar Right for Your Home? Here’s How to Tell 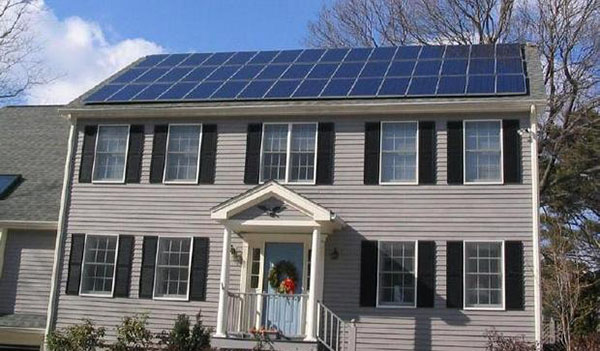 How to Evaluate Your Home for Solar

As you’re probably aware, more people are going solar now than they ever have before. Last year was a record-breaker for new solar installations, and this next one is shaping up to be another banner year for solar and renewable energy in general.

There are a number of factors contributing to solar energy’s recent gains in market share. For one thing, photovoltaic technology has made leaps and bounds over the past decade, just like everything else in the high-tech world.

Solar power systems are now more efficient than ever, making them viable power sources in parts of the country that used to be considered untenable locations for solar energy. And larger, institutional applications like solar power in the nation’s schools are finally starting to catch on with the public and policymakers, alike.

As solar systems have gotten more popular, they’ve also become less expensive to produce. Solar is now less of a niche product than it once was, and as it’s gained ground in the mainstream market, solar producers have been more able to take advantage of economies of scale.

More Reasons Why Solar Is So Hot in the U.S.

Widespread concern for environmental quality is another factor spurring the increasing adoption of solar power. Environmentally conscious consumers are always interested in ways to reduce their own environmental impacts, and when their neighbors see their shiny new solar panels, they often follow suit.

It’s clear that solar power is gaining in popularity, and if you’re like many of your friends and neighbors, you’ve probably considered going solar. Of course, taking advantage of this renewable power source can represent a substantial investment, and like any investment, you’re probably eager to make sure you’re ROI will be worth the initial outlay.

So how can you tell if solar power is right for your home? Or if you operate a solar installation business, what kinds of concerns can you expect from potential customers, who may want to know if their home is a good fit for a solar panel installation?

One factor that impacts the effectiveness and efficiency of solar systems is the direction in which the solar panels face. Ideally, your home should have room to mount solar panels so that they face toward the equator (due south for homes in the northern hemisphere).

That said, solar panels could still provide energy when facing in different directions, just at a reduced level of efficiency. Panels that face towards the southeast or southwest are about 10% less efficient, for example. Those that are mounted facing due east or west will generate power at about 75% efficiency. North-facing solar panels are the least efficient by far, but if your home only has room for solar on a north-facing roof, you can have panels mounted at an angle so they get southern exposure (as long as you can clear it with your HOA, if you have one).

When the sun is beating down, many of us head for a shady tree, but shade is less than ideal for your photovoltaic system, as one might expect. If possible, solar panels should be installed on your home’s roof so they’re receiving the sun’s rays throughout the day, as the shadow of a nearby tree or adjacent condominium can really cut into a PV system’s peak production hours.

In some cases, solar panel systems have been installed on parts of the roof that are not shaded by trees, such as a garage. Other times, trees may need to be thinned or removed in order for maximum efficiency of the solar panel system.

Angled, complex rooflines can cause reductions in power production and installation difficulty for PV systems. Houses with lots of dormers, gables, chimneys, or roof vents can also pose problems for solar installers, and these obstructions can reduce the efficiency of the solar system. But like most solar installation issues, workarounds can generally be devised to make solar implementation a practical solution. For example, many smaller solar panels can be installed in lieu of a single larger panel.

" @Entrepreneur offers these tips for #marketing during a crisis. Check out this guide for tips.… https://t.co/knfjAXcPyB"